The VW Golf R Story Starts With The 1989 Golf Rallye

The GTi might still be the most famous Golf badge, but in enthusiast circles the Golf R has carved out an equally respected reputation thanks to its extra shove and all-wheel drive traction.

The modern R name and 2.0-liter turbo four/all-wheel drive layout dates back to 2009, when the Mk6 R replaced the V6-powered R32. But you can clearly see its origins in this 1989 Golf Rallye that recently appeared for sale on Collecting Cars.

Okay, maybe that was a poor choice of phrase. It’s difficult to ‘see’ the connection because while the modern R is über-restrained on the outside, giving no clue to what’s going on under the skin, the Rallye is the total reverse with its body arch flares and a different headlight design giving it a look unlike any other Mk2 Golf.

The reason for the boxy arches – and for the Rallye itself – is Volkswagen’s ambition to win in Group A rallying in the late 1980s. The Golf GTi had notched up wins in lower levels of competition, but Group A was dominated by four-wheel drive hot hatches like the Lancia Delta Integrale – a car Volkswagen had no rival for. 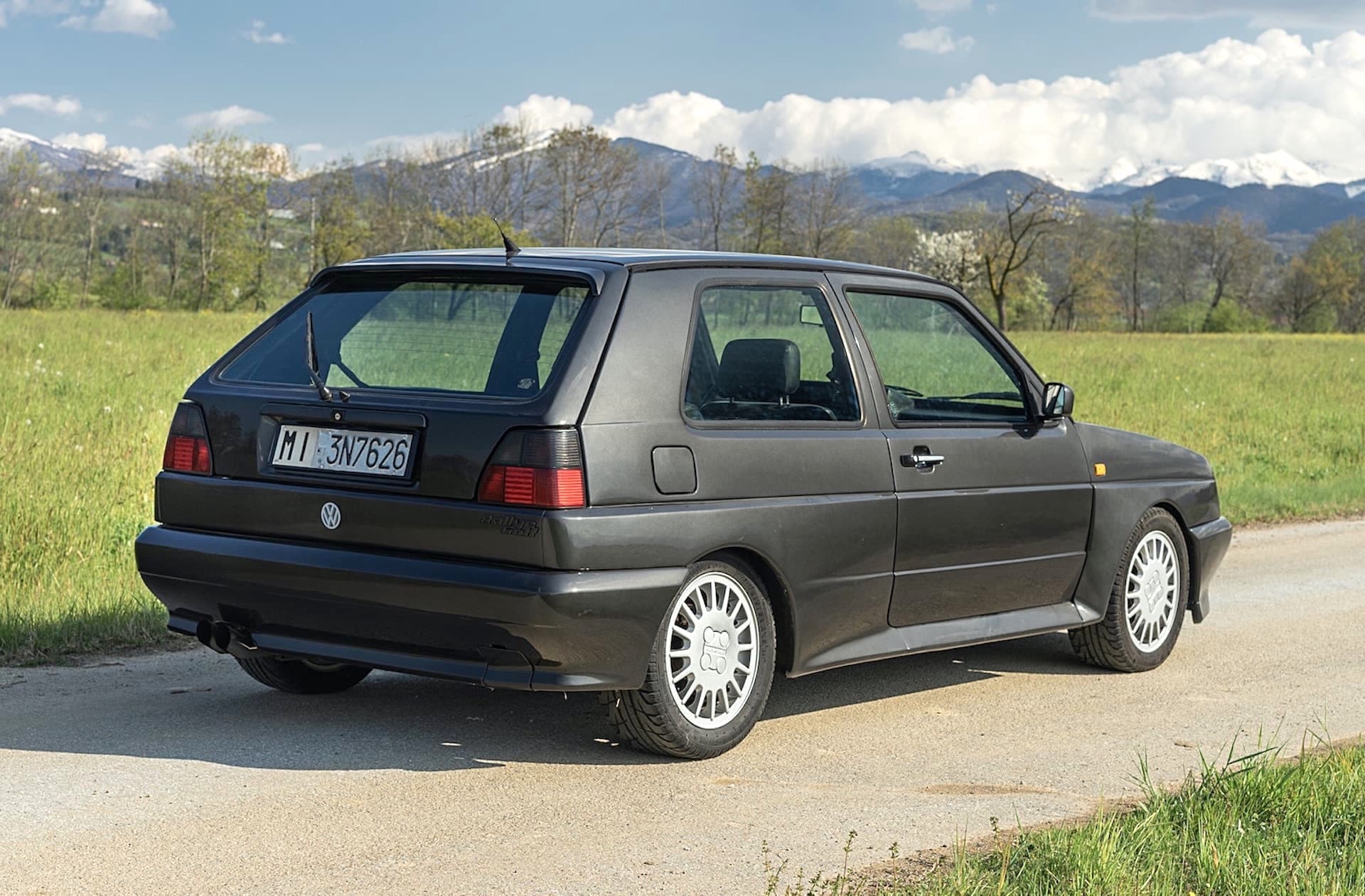 So it created the homologation special Rallye, building 5,000 units to keep the FIA happy. The all-wheel drive system came from the Golf Synchro, and Volkswagen’s engineers added a G-Lader supercharger to a GTi’s 1.8-liter engine that was chopped down by 18cc so that it wouldn’t bust the 3.0-litre limit when FIA’s 1.7x multiplication factor for forced induction motors was applied.

Unfortunately for Volkswagen, the Rallye never really delivered. The competition car was no match for the Delta Integrale, and the street car was much slower than it looked like it should be. The G-Lader engine made 158 hp and 166 lb ft of torque, far more than the GTi and GTi 16v, but the car was much heavier, and 0-60 mph times were in the eights, 2 seconds slower than some rivals.

But it’s still hard not to want one looking at these pictures of this Italian market car. The aftermarket exhaust and 212,000 miles (132k miles) on the odo point to a life well lived, but it has apparently been recently restored, including a respray and supercharger rebuild. And crucially, the important original features are there, including the Rallye logo seats and 15-inch multispoke wheels that look slightly lost in arches designed to house much fatter racing rubber.

Who else would love to see a modern Golf R take a leaf out of the Rallye’s book and amp up the attitude?